I am at a loss for words… utterly speechless at the journey that Khaled Hosseini took me through. I have officially taken my hat off for him and declared that he is one of the most important and outstanding authors in the 21 century.

All I can say is that the heart that goes into this book or any of his other books runs deep, from his social commentaries, traumatic experiences, poetic writing style, heavy well-discussed themes, cultural feel and so much more. I mean his books will be classics in the future and that they will be re-read till pages fall off because of the importance that they carry.

“Of all the hardships a person had to face, none was more punishing than the simple act of waiting.”

The story entails two perspectives from Afghanistan, Mariam – a young girl who was born out of wedlock and considered a taboo. She lives with her mother but longs to live with her father and after a traumatic experience her life is thrown into a wild ride. The other perspective is Laila – born a generation apart from Mariam, she is brought up in much more stable and safe environment but war takes it all away and we follow her life struggles. Their lives get entangled and in this struggle, a bond so strong will be formed.

“A man’s heart is a wretched, wretched thing. It isn’t like a mother’s womb. It won’t bleed. It won’t stretch to make room for you.”

I am not gonna go too much into the synopsis, I knew that I would be in a very dangerous position once I decided to open this book. Having read his other masterpiece And the Mountains Echoed(read my review on that here), I was expecting Middle-eastern culture with a look into Islamic religion during a crucial time in Afghanistan. He dealt with war in such a horrific and scary way (obviously, war is horrific) and I am so glad Hosseini got to familiarise readers with an important part of history that is overlooked. I was in utter shock at the prejudice and mistreatment that women had to undergo and how they were denied education and forced into early marriages ( 12-year-old girls marrying 40 something-year-old men)

The sad part is it’s still happening in my home country and other under-developed countries. Selling their daughters for money, or in the name of “”. I got so angry at the way they (women/girls) were viewed as a commodity in the book… Like if a woman gives birth to a girl, the husband would rejoice because he will get a lot of suitors, this young child with her own right to choose has already been subjected to a life of misery and she has been here on earth for a few moments…

It really makes you change your perspective on the world and cures one’s ignorance. We are very lucky to have easy access to information and what we view as “ a normal life”. Khaled takes you out of the comfort zone and makes you think and that makes him a true artist, at least in my eyes.
All said and read, A thousand Splendid Suns is yet another read worth your time.To truly experience this book you have to open it because I have found a whole new perspective in life. Highly Recommend it and also his other book  And The Mountains Echoed 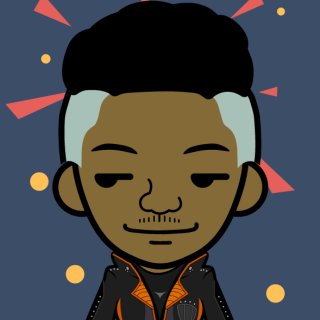